Warning: "continue" targeting switch is equivalent to "break". Did you mean to use "continue 2"? in /nfs/c04/h01/mnt/61332/domains/clubshepway.com/html/wp-includes/pomo/plural-forms.php on line 210

Warning: "continue" targeting switch is equivalent to "break". Did you mean to use "continue 2"? in /nfs/c04/h01/mnt/61332/domains/clubshepway.com/html/wp-content/plugins/jetpack/_inc/lib/class.media-summary.php on line 77

Warning: "continue" targeting switch is equivalent to "break". Did you mean to use "continue 2"? in /nfs/c04/h01/mnt/61332/domains/clubshepway.com/html/wp-content/plugins/jetpack/_inc/lib/class.media-summary.php on line 87
 Club Shepway – Page 6
Skip to content

August Bank holiday 2007, Transition Gallery have teamed up with Club Shepway in Folkestone to present O Dreamland, a contemporary arts festival that takes a subversive yet affectionate look at the seaside.

The title is taken from Lindsay Anderson’s short Free Cinema documentary made in 50s Margate about the Dreamland pleasure park. The film focuses on the partying day-trippers, juxtaposing them with some of the more grotesque elements of a typical amusement park.

Curated by Cathy Lomax, O Dreamland features over 20 artists who each respond to the subject in a uniquely contemporary way. The event will be centred around a 1930s ‘Modern’ house in Greatstone, Kent, which overlooks the English Channel to the front and the curious Romney, Hythe and Dymchurch Light Railway to the back. The house is itself an interesting counterpoint to some of the more kitsch elements on show and embodies ideas of architectural modernist utopias.

This pertinent event comes at a time when many of our seaside towns are in crisis. In between the creeping gentrification and crumbling deprivation the spirit of the seaside is being lost. O Dreamland addresses this in a defiantly un rose-tinted way. 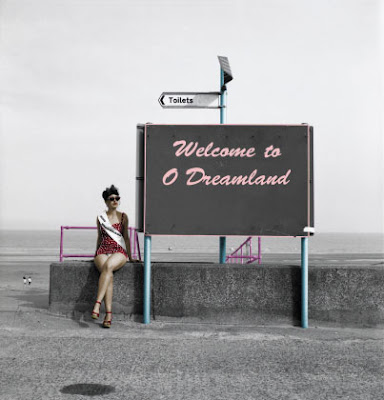 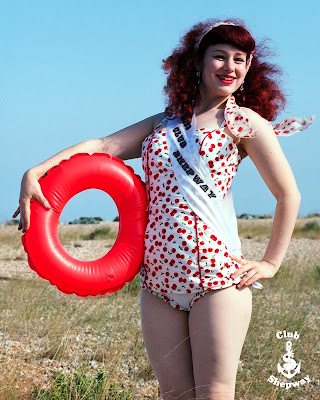 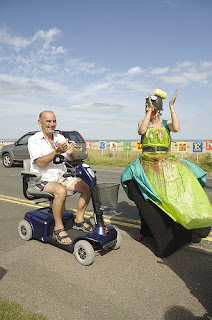 This week saw the start of the B&B’s rebirth. A shiny new shop frontage crafted out of fine mahogany will replace the salt stained and weather worn previous Edwardian exterior. 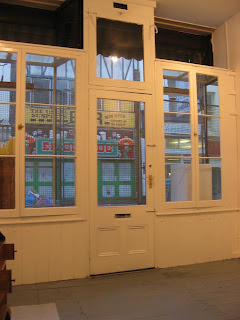 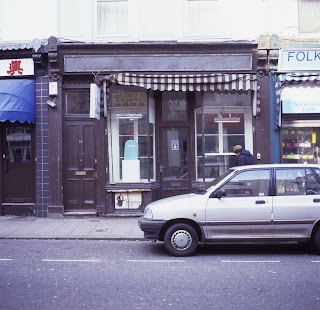 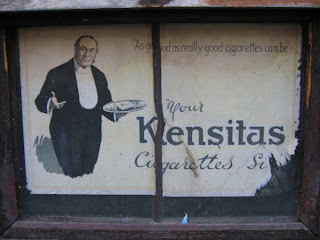 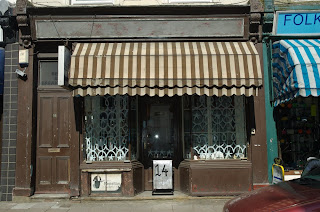 The Lads working on the build have uncovered some fantastic signage from when it was a tobacconist.. 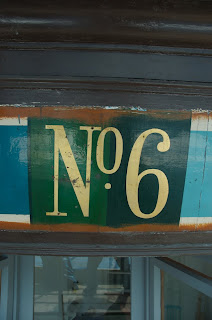 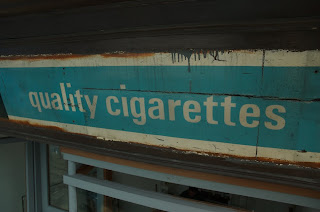 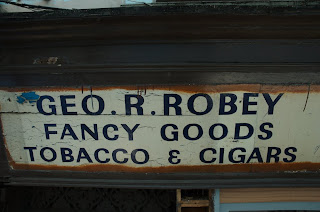 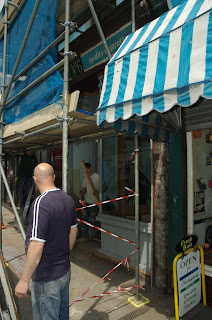 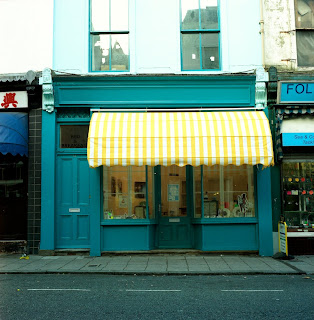 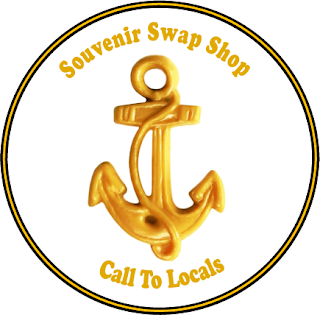 Artist Victoria Foster, in conjunction with Club Shepway,
is collaborateing with Kent Coast Residents to translate their personal, domestic experiences of the seaside towns through the creation of a series of alternative souvenirs. 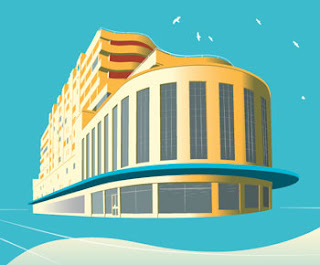 The English seaside is often thought of as environmentally blighted, socially segregated and economically depressed. Andy Tuohy’s literally sees this world in a different light.

Familiar icons of seaside architecture are represented so as to draw attention to the progressive potential of building design and to the utopian ambitions associated with seaside resorts and their development.

These pictures are the beginning of a project that re-examines relatively recent architecture along our coast and draws attention to the quality, sophistication and wit of seaside modernism.

The project acts as a powerful argument against the prevailing orthodoxy of decline and, at the same time, warns against any knee-jerk retreat to historical pastiche. 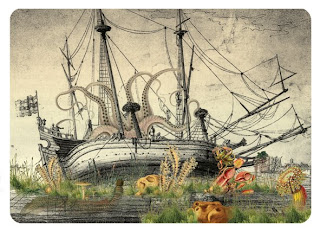 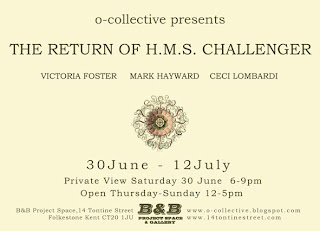 The Return of H.M.S. Challenger is the second group show organized by the o-collective, presenting the work of three emerging artists Mark Hayward, Victoria Foster and Ceci Lombardi.   The show has been curated by Marco Palmieri and Ceci Lombardi.

In the form of traditionally bound monographs, black and white bill board posters, videos of simple animated drawings, hand made porcelain barnacles, the artists have created what seems to be an exhibition presenting the discoveries and studies of a group of explorers of the late 19th Century.  It is the conflicting relationship between science and fiction, history and myth, research and imagination which links the works of these artists. 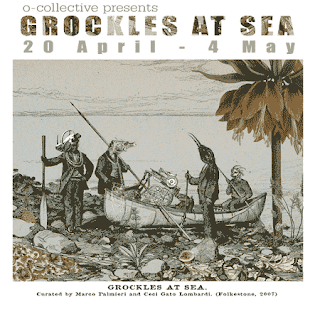 Private View: – Friday 20 April 6-9pm
Grockles at Sea is an exhibition curated by Ceci Lombardi and Marco Palmieri exploreing ideas of redundancy, recycling and regeneration.   The selected artists will present a new body of work which investigates these issues through the use of craft-based techniques, kitsch paraphernalia and second-hand materials. 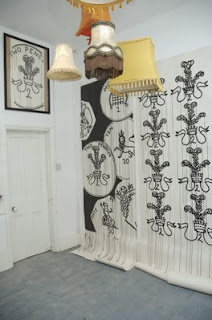 Bingo sees Petro transform the interior of the B&B.
Expanding themes derived from his graffiti on to domestic decorative surfaces,
though the application of repeat patterns and motifs.

With impending demolition the Four Winds Cafe is re-appropriated and celebrated in the work of local artists.
Symbolic of the archetypal sea side cafe, the british weather, the formica and the continual flow of local customers, the current exhibition seeks to document the four winds aesthetic and historical significance within the local arena.
The Four winds has been central to many throughout their experience and memory of the seafront gaining iconic status, and igniting a nostalgia for the great myth of the British summer. 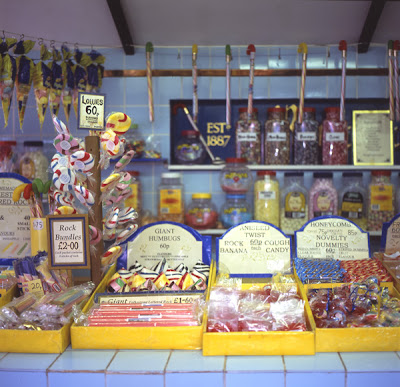 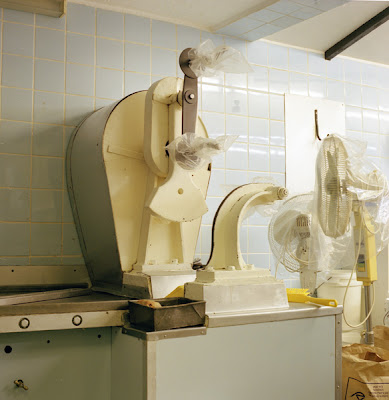 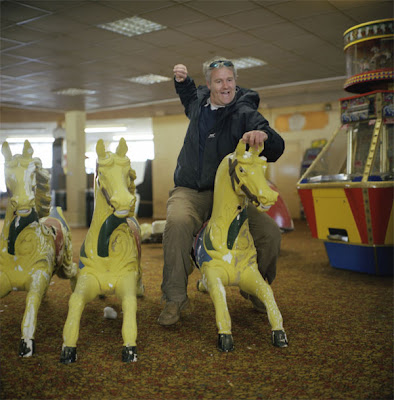 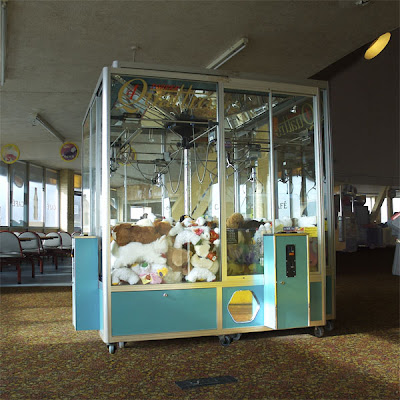 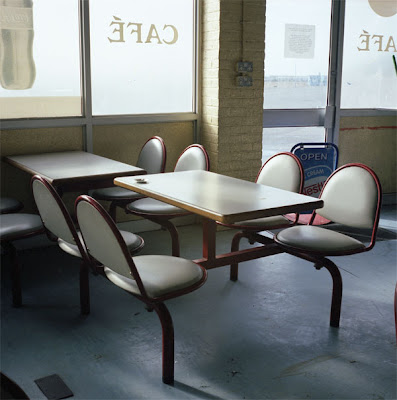 Early Feb 13th 2007 was the day when we all had to say R.I.P to JG’s. The dome has finaly been cleared out.
By luck Matt Rowe of Club Shepway was there to document the event.
hear is a couple of pic’s a small fraction of the documenty images taken of it.
Part of the club shepway Social archive..